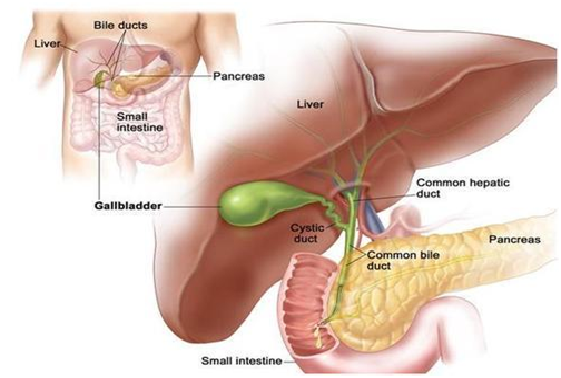 7 things you didn’t know about Gallstones

It is very common to worry a little about our health. Everybody wants to know how to stay in good shape and have a good performance in their daily life and activities. Job, school, friends, and family take a lot of time and energy, and it is necessary to recover at night to be able to give our best the next day. In some cases and due to certain conditions it is not possible to give 100% every day, one of the conditions that affect hundreds of people around the world are gallstones.

Many people have gallstones, and they don’t even notice this. For this reason, treatment usually starts when gallstones are big enough to cause discomfort and pain. If there were noticeable before, gallstone treatment without surgery would be a lot more effective, and pain would not be a problem for the patient. Although gallstones are a fairly common condition, there are still a few pieces of information that may take you by surprise:

1. They are real stones

If we take into consideration what the dictionary says about stones, gallstones are indeed natural formations of minerals that become hard. The big detail is that these are formed inside the human body and not outdoors.

Some stones can be formed of cholesterol, and some others are formed of bile. Both can be annoying for the patient since once they are completely hard, it is very difficult to dissolve them.

The term Gallstone can be used to refer to the presence of gallstones in the gallbladder and also to the diseases caused by gallstones. In many cases, the presence of these stones does not involve any other complication if the stones remain unchanged. If they grow and increase in number, they may bring about some complications such as inflammation of the liver, pancreas, and gallbladder.

3. It runs in the family

Having a relative who suffers from gallstones increases your chances of developing the condition as well. It is apparently related to a gene that is in charge of the movement of bile from the liver to the bile duct.

If in your family this is a common story you have to double your precautions and try to lead a healthier life from now on. Reducing your fat intake would be considered already as a great decision.

4. Women have it more often

So, yes. If you are a woman, you are at a higher risk of having and developing gallstones than your fellow male friends. This is probably related to ovarian hormones and having multiple pregnancies. There is also the factor or birth control, they modify the way women’s bodies deal with cholesterol and there lies the link to gallstones.

5. A lot of fiber a day keeps the gallstone away

Diet control is very important for the prevention of gallstones. An unhealthy diet is going to bring you many complications and gallstones are just one of them. On the other hand, a healthy diet, rich in fiber can help your body process fat and keep those nasty stones away.

6. Is surgery the only way out of this?

Even though surgery will solve the problem, it involves the removal of the gallbladder. Once this organ is not in your body, there is no place for gallstones to form. Many people prefer to go natural and try some herbal remedies to avoid the unpleasant situation of undergoing surgery. These remedies are aimed at dissolving gallstones so that they are expelled naturally by the body without a surgical procedure.

7. If they are not human, they are worthy

In some countries, such as China, people use the gallstones of cows to fight the fever. This is according to their natural remedies and folk tradition.

Hope this list gives you a wider understanding of how gallstones can affect your health and how can they be easily prevented by leading a healthier diet. Sometimes taking care of our health is not as difficult as many people think. It is not a matter of changing your bedroom for a gym or turning vegan from one day to another. The idea is to raise awareness of how diet can directly influence the performance of your body.